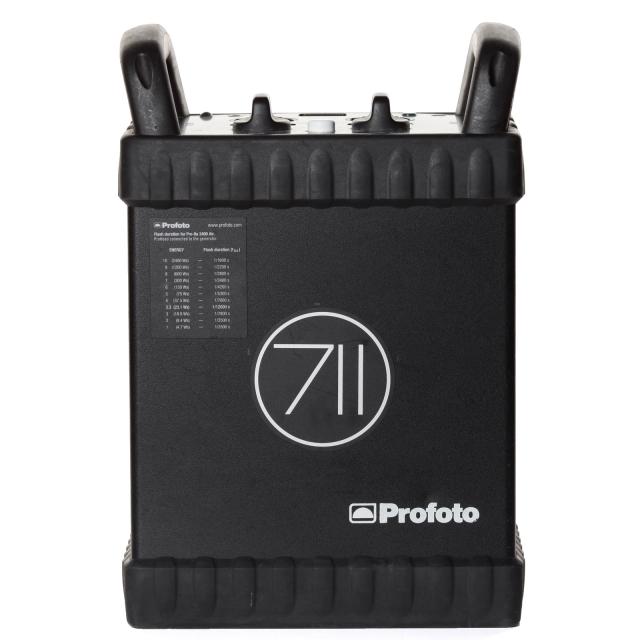 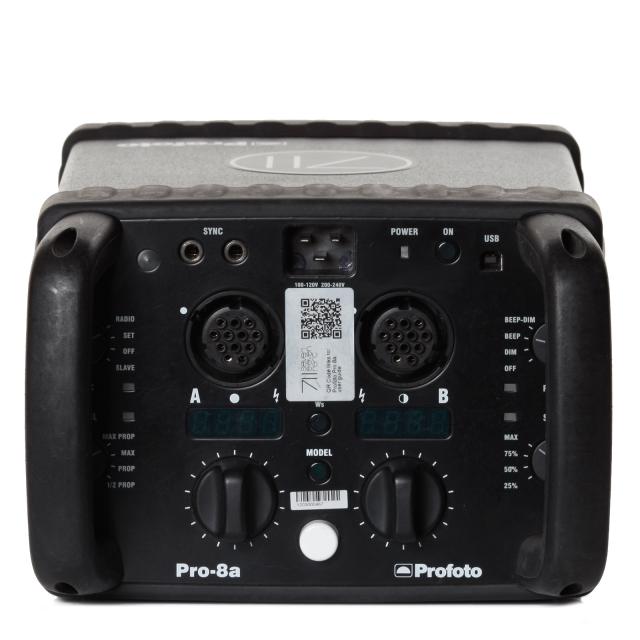 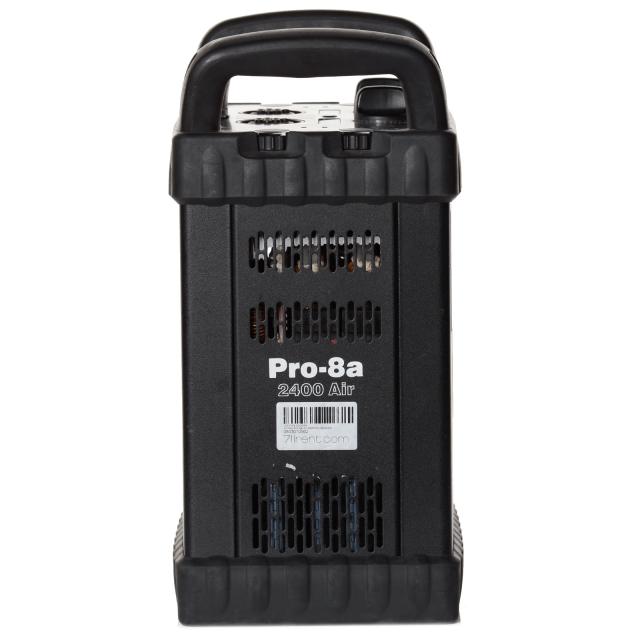 starting at 75,00 €
Prices per day excluding vat. Vat will be charged according local law.

This is the Profoto Pro 8a Air 2400 Watt/Second Power Pack. It was designed and built incorporating some of the suggestions of thousands of professional photographers and rental-house technicians. As with the Pro 7 Series (which will still be around), the Pro 8a is rugged, reliable and easy to use. Main power controls for each head are top and center. Levels can be set in 0.1 stop increments with a flick of each knob, or in full stop increments by pushing down and turning each knob. Default readout is in stops, with "10" being full power. Readouts may be seen temporarily in Watt/Seconds with a push of a button. Secondary controls for the modeling light, radio slave, recycle speed and audible recycle tone are visible from the top, but controlled from the sides. The truly impressive features of this 2400 watt/second power pack are found in its performance. The 8a Air has extremely short recycle times which allow it to fire up to 20 times a second (stroboscopic). Power and color fluctuations are not visible in the image to the human eye (±1/50 f/stop and ±40°K flash-to-flash, respectively). The power levels may be controlled from the optional Profoto Air transceiver and/or the optional USB transceiver, from your Mac or PC. Other info: Fires With or Without Wires Built-in proprietary Profoto Air radio slave system has a range of up to 1000' (300 m) Works with optional Profoto Air Remote camera-mounted transceiver (available soon) Optical slave "sees" the light from other flashes, fires instantaneously Two sync sockets enable "hard-wire" daisy-chaining of several power packs USB port accepts the optional Profoto Air USB transceiver and software which enables full control of the system from your Mac or PC Asymmetrical Control Two independently controlled head channels -- no power ratio switches or dials to slow you down Each channel may be dialed down to as little as 5 Ws per channel Ten f/stop power range Short and Fast Blink-of-an-eye 1/1600 second flash duration at full power All-action-freezing 1/12,000 second flash duration at minimum power 0.9 Second recycle time at full power 0.05 Second recycling at minimum power Up to 20 flashes per second possible 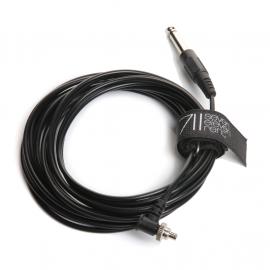 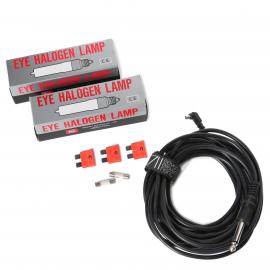 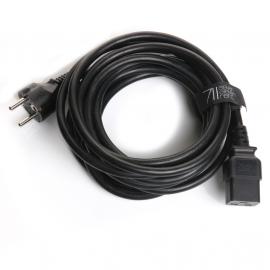